Want to get started or just learn more? Schedule an appointment — either on the phone, online or in-person — at your convenience. 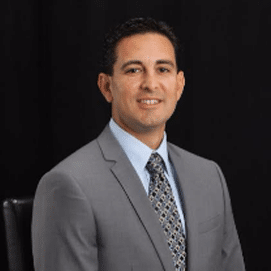 John Montoya began his career in financial services in 1998. Licensed in 40+ states, he has dedicated his career to helping families find financial freedom. John holds a B.A. from the University of San Diego and is a CFP® candidate with the American College. In his free time, John is a series E licensed soccer coach for the Mustang Aztecs in the city of Danville.  In 2015 and 2016, John coached the Aztecs to back to back State Cup titles. John along with his Aztec families volunteer for Grateful Gatherings events to help local families transition to permanent housing when facing homelessness or in crisis.

We help individuals, families, and business owners to learn and implement the Infinite Banking Concept® nationwide.

Our 100% virtual process makes getting started simple and easy.

One of only 200 authorized practitioners with the Nelson Nash Institute to teach the Infinite Banking Concept® to the public.

The Infinite Banking Concept® (IBC) is a little known financial strategy that allows virtually anyone to free themselves from Wall Street and the traditional banking system by building their own “banking system” via IBC® Whole Life policies designed for high early cash values. This surprisingly simple and proven system can not only save you from high-interest rates and bank fees, but it also ensures maximum liquidity, lawsuit protection, and numerous tax advantages.

Markets can be volatile. From the stock market to the real estate market, even the most “conservative” investments can take a downturn. But what if you could take control of your money and your financial future without being exposed to market risk? Imagine the security and peace-of-mind of having both guaranteed growth AND cash liquidity.

Reduce your debt quicker and pay less interest on credit card debt or home mortgages – without increasing your monthly payments.